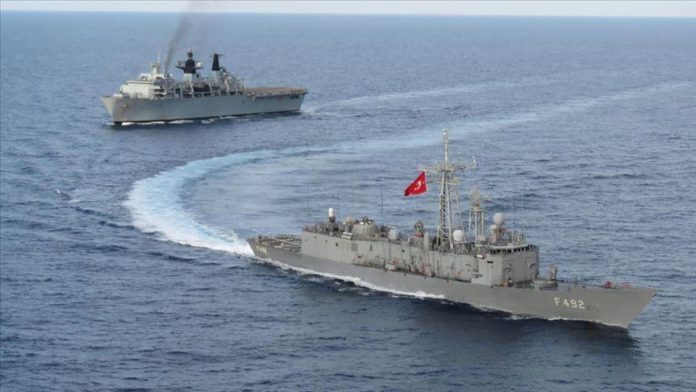 ANKARA  – Turkey, located in the heart of the Euro-Mediterranean region, a founding member of the Union for the Mediterranean (UfM) and an EU candidate, has always contributed to EU’s and UfM’s secretariat activities, a senior Turkish official said Friday.

Deputy Foreign Minister and Director for EU Affairs Faruk Kaymakci spoke at the fifth regional forum of the UfM and said the 25th anniversary of the Euro-Mediterranean partnership is a good opportunity to reflect on experiences and draw a new roadmap for future corporation.

He said the inclusive energy cooperation in the Eastern Mediterranean has the potential to play a role in coal and steel which played a key role in Europe’s integration project.

“We must set aside our differences and disagreements, adapt to new realities and work together. In order to minimize the effects of the pandemic and to coordinate and harmonize recovery strategies, the solidarity of all Euro-Mediterranean partners is more necessary today than ever before,” he said.

Noting that xenophobia and Islamophobia weaken the possibilities of living together in peace and tolerance, Kaymakci emphasized the necessity of developing policies, finding ways and means to fight against those ideologies.

Kaymakci noted that fair burden-sharing and responsibility sharing are keys to solving problems.

Noting the importance of a solution to the Palestinian issue, Kaymakci pointed out that ensuring peace and stability in the Mediterranean region depends on a just, permanent and comprehensive solution in Palestine.

– No country alone can overcome pandemic

Kaymakci also attended the 42nd Meeting of the Council of the Ministers of Foreign Affairs of the Organization of the Black Sea Economic Cooperation (BSEC), virtually under the Chairmanship-in-Office of Romania.

During the meeting, states discussed the COVID-19 pandemic and its socioeconomic effect on member states as well as the organization’s agenda.

Kaymakci said Ankara gave great importance to the success of the organization and added that through the BSEC, in the region, ensuring inclusive and sustainable growth and regional cooperation continues to be a priority for Turkey.

He emphasized the importance of regional cooperation in combating the pandemic and said no country can overcome it alone, although unilateral actions and taking national protective measures.

“Until we are all safe, none of us are safe,” Kaymakci stressed.

Turkey, which has the longest continental coastline in the Eastern Mediterranean, has rejected maritime boundary claims by Greece and the Greek Cypriot administration in the region and stressed that these excessive claims violate the sovereign rights of both Turkey and the Turkish Cypriots.

Ankara has sent several drill ships and seismic research vessels in the past weeks to explore for energy on its continental shelf, asserting its rights in the region, as well as those of the TRNC.