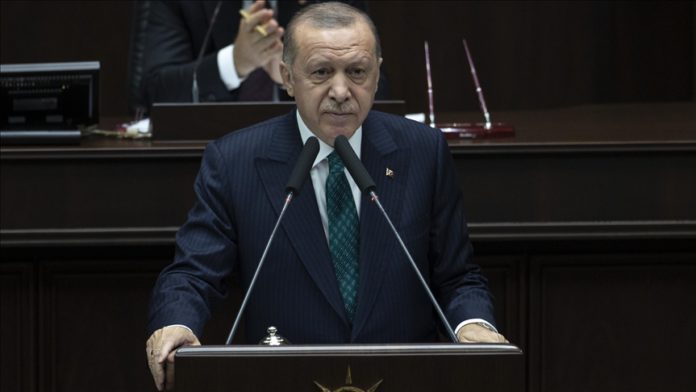 Turkish President Recep Tayyip Erdogan said Wednesday that the country wants a significant reduction in the number of coronavirus cases by the end of the Muslim holy month Ramadan.

“We aim to give a rest to our country during Ramadan and prepare it for better days after the Eid,” he said while speaking at the Justice and Development (AK) Party’s provincial heads’ meeting in Ankara.

Ramadan will begin next week and last until mi-May.

He said that toughening and loosening restrictions had to be in line with the course of the pandemic.

“If we could decrease the number of the cases to thousands, we will be able to catch the tourism season that is understood to be opened in May and the commercial activity that will be created by the tourism season,” he said.

He also highlighted the global dimension of the pandemic and that giving a global fight and winning a universal victory against the virus is crucial in an age in which nations and states are closely interconnected.

Since its vaccination campaign began on Jan. 14, Turkey has administered more than 17.95 million vaccine jabs nationwide, according to official figures.

More than 10.54 million people have received their first dose of a vaccine while second doses were given to nearly 7.41 million.

In the face of rising case and fatality numbers, Turkey recently announced the return of weekend curfews in high-risk areas as well as other restrictions, in addition to special measures for Ramadan.

Since December 2019, the pandemic has claimed more than 2.87 million lives in 191 countries and regions.

More than 132 million cases have been reported worldwide, with recoveries exceeding 75 million, according to figures compiled by US-based Johns Hopkins University.