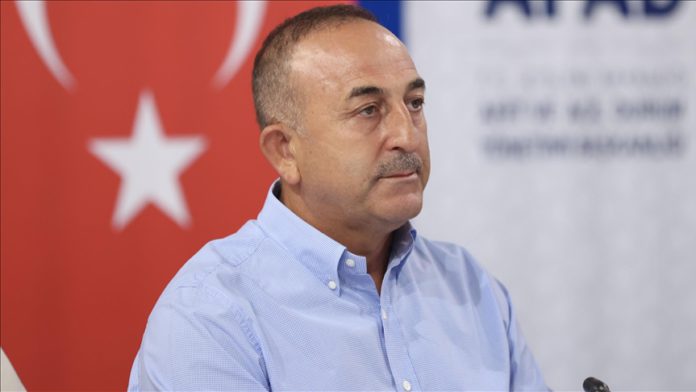 Battling wildfires for over a week, Turkey said on Thursday that it aims to bring all of them totally under control on Friday.

“We managed to prevent the blazes from advancing further despite strong winds today,” said Foreign Minister Mevlut Cavusoglu. “We aim to bring them totally under control tomorrow.”

His remarks came in the fire-hit coastal province of Antalya in southern Turkey before a meeting at the coordination center of the Disaster and Emergency Management Authority (AFAD) in Manavgat district.

Regarding the forest fires in Manavgat, one of the regions the blazes have destroyed most, Cavusoglu said fire response by air and land stopped the flames from spreading more.

Over 6,500 people and more than 1,800 vehicles from air and land have engaged in operations to contain the wildfires, he also said.

At least 770 people have been affected by the fires, with six of them currently receiving treatment in hospitals, Cavusoglu added. As many as 1,352 buildings are seriously damaged or completely destroyed.

So far, 17 million Turkish liras (almost $2 million) has been distributed for 1,055 families affected by the fires, he said, adding: “We will quickly provide financial aid for citizens in areas which have been damaged.”

Cavusoglu also said that the US offered to send two helicopters to help Turkey battle the massive fires and that the two countries are now working on the details.

Turkey has so far brought 185 fires under control out of 197 in 44 provinces, Agriculture and Forestry Minister Bekir Pakdemirli said separately.

According to official figures, at least eight people have lost their lives since the wildfires started in southern Turkey last week.