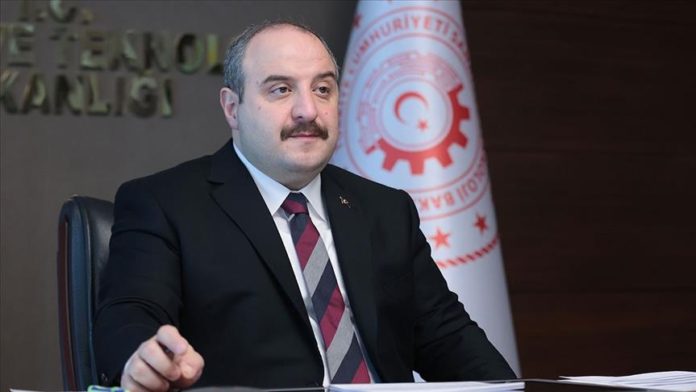 In a virtual meeting, Industry and Technology Minister Mustafa Varank said a Centre for the Fourth Industrial Revolution (C4IR) had been opened in Turkey in cooperation with the World Economic Forum.

“The Centre for the Fourth Industrial Revolution will accelerate scientific and technological research,” Varank said.

He underlined that development should be conceptualized with a holistic perspective that includes sociological, cultural and psychological fields besides its economic aspect.

“Therefore, sustainable development goals unite many areas from inclusive economic growth to the rule of law, from [being an] information society to the protection of the environment.”

Varank added that such a broad understanding would involve a diversity of development stakeholders including the private sector, universities and non-governmental organizations, as well as public institutions.

“It’s the responsibility of the government to guide stakeholders correctly.

“A stable, transparent and result-oriented public administration approach also speeds up the development processes,” he said.

“We developed the capability set in Turkish industry and focused on minimizing structural fragility in terms of intermediate goods imports,” he explained.

The technology will prepare road maps for Turkey in several areas such as the internet of things (IoT), artificial intelligence (AI), autonomous vehicles, drones, blockchain, and robots.