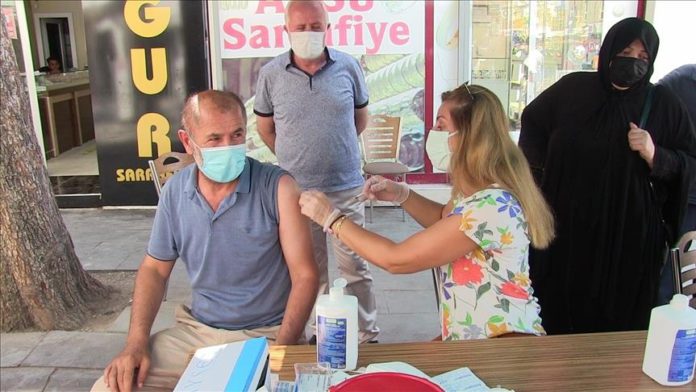 Turkey has administered over 97.14 million coronavirus vaccine jabs since the country launched an immunization campaign in January, indicated official figures released on Sunday.

Over 49.55 million people have gotten their first vaccine dose, while more than 38.28 million are fully vaccinated, the Health Ministry said.

The data showed that 79.83% of the country’s adult population has received at least one dose of a two-shot vaccine.

Turkey has also given third booster shots to over 8.92 million people.

The ministry also reported 19,391 new coronavirus cases, while as many as 269 more people died of the disease in the past 24 hours.

Koca also reiterated that schools will reopen for in-person education as of next Monday, along with a fresh series of new measures against the pandemic.

People who have not been vaccinated or have not recently recovered from the coronavirus will have to submit a negative PCR test to travel between provinces via airplane, bus, and train, according to the measures.

Since December 2019, the pandemic has claimed nearly 4.56 million lives in 192 countries and regions, with more than 220.5 million cases reported worldwide, according to the US’ Johns Hopkins University.