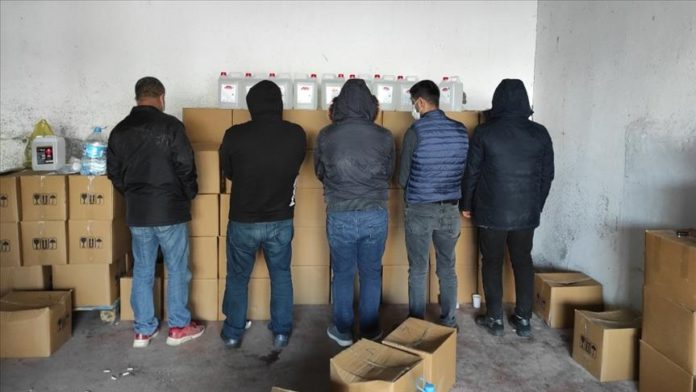 Police have seized over nine tons of bootleg alcohol in separate operations in Istanbul and eastern Malatya provinces, security sources said on Wednesday.

As part of operations against illegal alcohol production and distribution, police found nine tons of bootleg alcohol in four storehouses in the Buyukcekmece and Beylikduzu districts of Istanbul.

Five people, including a foreign national, were held for their alleged involvement.

In a separate operation in Malatya, 318 liters of bootleg alcohol was seized, and a suspect detained.

500 TSA staff in US airports test positive for COVID-19