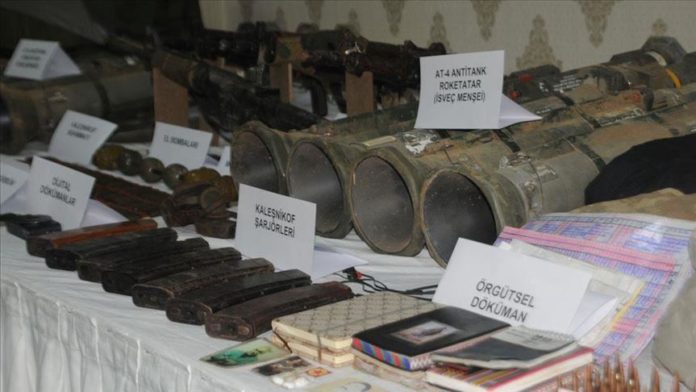 At least nine people were arrested on Monday for suspected links to YPG/PKK terrorists in southeastern Turkey, according to a security source.

While anti-terror operations in rural areas are being carried out by provincial gendarmerie teams, operations against their collaborators are also under way, said the source, who asked not to be named due to restrictions on speaking to the media.

Teams raided some addresses in Mardin where those who aided and abetted four terrorists, including Servet Demir alias Karker Desti, were present. Desti, who was on Turkey’s most wanted list, was neutralized in an operation last year.

The suspects were arrested for delivering arms and ammunition brought from Syria via carriers.

Meanwhile, an operation to catch one fugitive suspect is ongoing.

In its more than 30-year terror campaign against Turkey, the PKK — listed as a terrorist organization by Turkey, the US and EU — has been responsible for the deaths of 40,000 people, including women, children, and infants. The YPG is PKK’s Syrian offshoot.