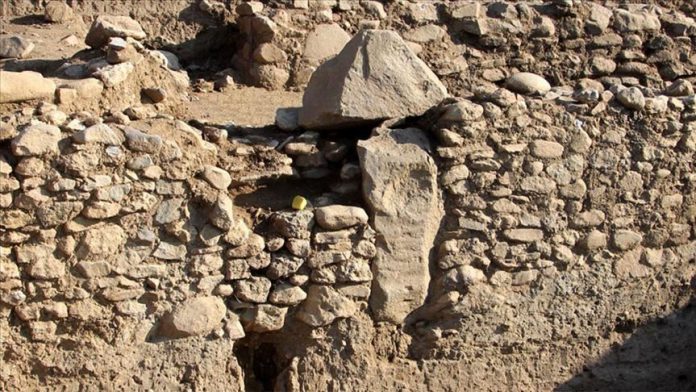 A monument believed to be around 8,000-year old was unearthed in northwestern Turkey, according to the head of an excavation team.

“During this years’ excavation work, we have found a structure that we believe dates back to around 6,000 B.C.,” Burcin Erdogu from Trakya University, archeologist and head of the excavation team, told Anadolu Agency on Thursday.

Excavations in the Ugurlu-Zeytinlik mound in the northwestern province of Canakkale’s Gokceada district had earlier unearthed a 7,000-year-old structure complex.

Erdogu said the new excavation will through lighter on the history of Gokceada, which dates back to 8,800 years.