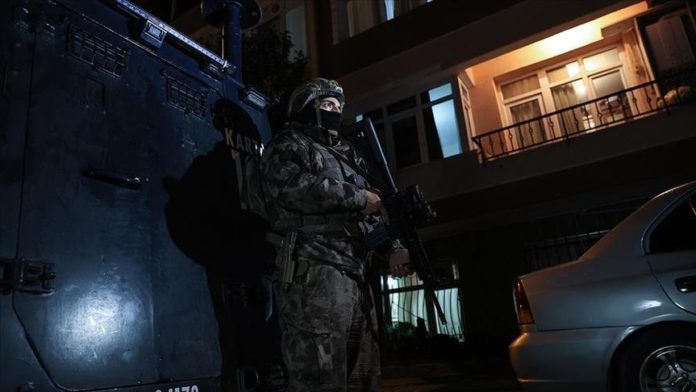 During an operation against terror group Daesh/ISIS in Istanbul, eight foreign nationals were detained by Turkish security forces on Wednesday.

The suspects allegedly had stayed in conflict zones in Iraq and Syria for a long time.

In the operation, 12 different addresses were searched.

Several organizational documents and digital materials were seized in the searches.