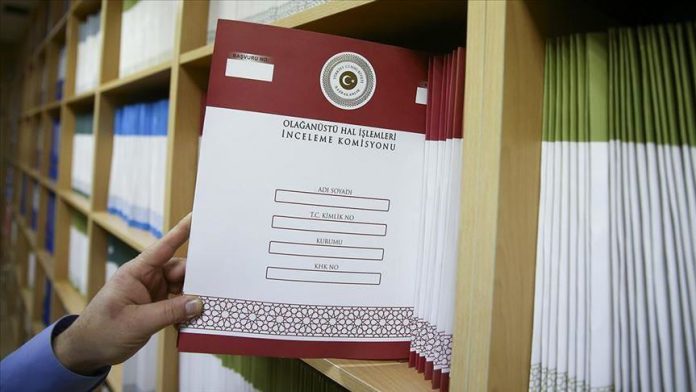 Nearly 78% of applications concerning measures under Turkey’s state of emergency after a defeated coup orchestrated by Fetullah Terrorist Organization (FETO) in June 2016 have been concluded, and 9,600 were accepted, according to a presidential commission examining the process.

In a report released Thursday, Turkey’s Inquiry Commission on the State of Emergency Measures gave details of applications over measures such as the dismissal of public officials, scholarship cancellations, retired personnel having their ranks annulled, and the closure of some institutions.

The commission took nearly 131,922 measures, including some 125,678 dismissals from public service over links to FETO, the terrorist

Read more: Turkey: 78% of appeals on state of emergency concluded