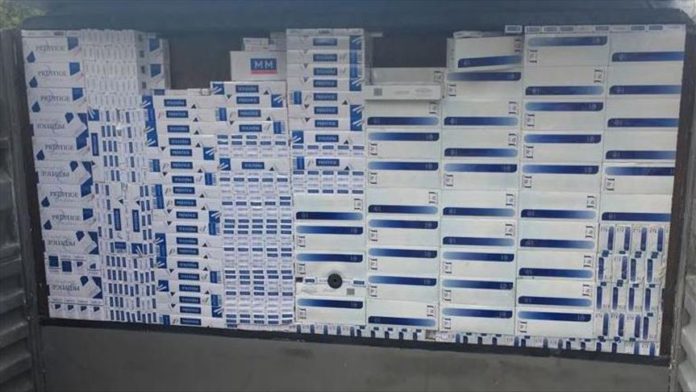 Authorities from the anti-smuggling and organized crimes unit stopped a car in Bursa, confiscated the cigarettes and arrested a suspect.

Two suspects were arrested in that operation.

The anti-smuggling and organized crime unit searched a car in Ozalp and seized 11,200 kilograms (24,700 pounds) of a synthetic drug.

In another search of a vehicle in Ipekyolu district, authorities found 5,038 kilograms (11107 pounds) of heroin.