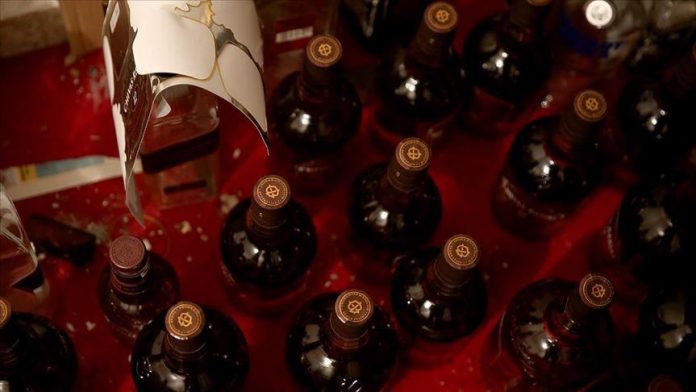 At least 72 people were arrested by Turkish police in anti-counterfeit alcohol operations in Turkey, police said on Thursday.

Security forces seized over 200 tons of counterfeit alcohol during the operations.

Police is on the lookout for 35 more suspects.

Turkish police increase operations and inspections around New Year’s eve to prevent health hazards due to consumption of counterfeit alcohol.