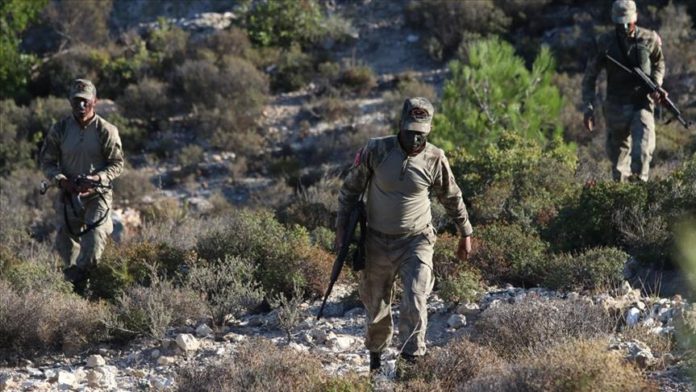 A total of 68 PKK terrorists were neutralized in Turkey’s eastern province of Hakkari in 2020, the provincial governor said on Thursday.

Thirty-seven others surrendered to security forces, said Idris Akbiyik, who is also the deputy mayor of the province.

He added that the Turkish operations dealt a heavy blow to the PKK terror group, forcing them to give up communication through radio.

Large caches of ammunition, explosives, and weapons were confiscated in the same period, he said.

Moreover, security units also seized 2.5 tons of heroin and half a ton of cannabis, which are used to finance PKK terror campaigns.

Akbiyik also noted that the province was witnessing its most secure and peaceful period, with the Turkish government building new sports facilities, dozens of schools, and asphalt roads.

In its more than 30-year terror campaign against Turkey, the PKK — listed as a terrorist organization by Turkey, the US, and the EU — has been responsible for the deaths of 40,000 people including women, children and infants.