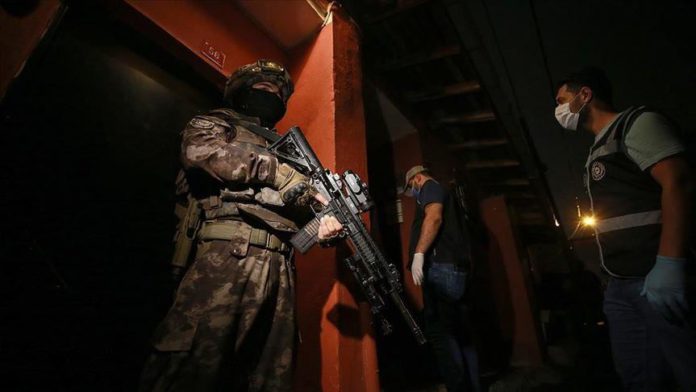 At least six Syrian PKK suspects were arrested Saturday for carrying out terror activities on social media, according to a security official.

Suspects seized social media accounts of institutions and organizations and conducted propaganda from the accounts.

Police also seized cartridges, a pistol, documents related to the terror group and digital materials when they raised addresses.

Ankara has repeatedly warned against cooperating with groups as the PYD/PKK, YPG/PKK and SDF/PKK, which Ankara considers the PKK under different names.

The PKK — listed as a terrorist organization by Turkey, the US and the EU — waged a terror campaign against Turkey for more than 30 years and has been responsible for the deaths of nearly 40,000 people, including women and children.

More than 1,200 people, including security force personnel and civilians, have lost their lives since the PKK resumed its decades-old acts of terror in July 2015.