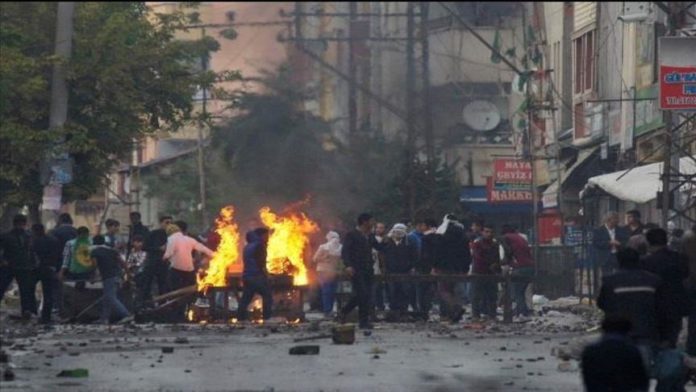 Six years have passed since Oct. 6-8 incidents in which two police officers were martyred and 35 people killed across Turkey due to violent acts of supporters of the YPG/PKK terrorist organization.

With the call of the Peoples’ Democratic Party (HDP) on Oct. 6, 2014, on a pretext of the Daesh/ISIS terror group’s attack in the northern Syrian city of Ayn al-Arab (Kobani), the supporters of the YPG/PKK terror group conducted massive incidents of violence in 35 provinces, 96 districts, and 131 settlements on Oct. 6-9.

Public buildings and vehicles, civilian residences, workplaces, and vehicles were damaged during demonstrations.

Some 894 suspects were taken into custody and 386 of them were arrested.

Destroyed schools and public buildings were repaired with government support and put into service in a short time.

The government also provided an allowance of approximately 50 million Turkish liras ($6.4 million) to shopkeepers whose shops were damaged during the incident.

Selahattin Demirtas and Figen Yuksekdag, then-HDP co-chairs, were arrested in the following period as part of the investigation.

Arrest warrants for 82 suspects, including former HDP deputies, were also issued on Sept. 25.

A total of 17 out of 20 suspects, previously taken into custody, were sent to the prison.

During one of the unauthorized demonstrations, 16-year-old Yasin Boru and his three friends, who were distributing sacrificial meat to people in need on Eid al-Adha, were lynched by supporters of the terrorist organization.

– Writing by Faruk Zorlu in Ankara