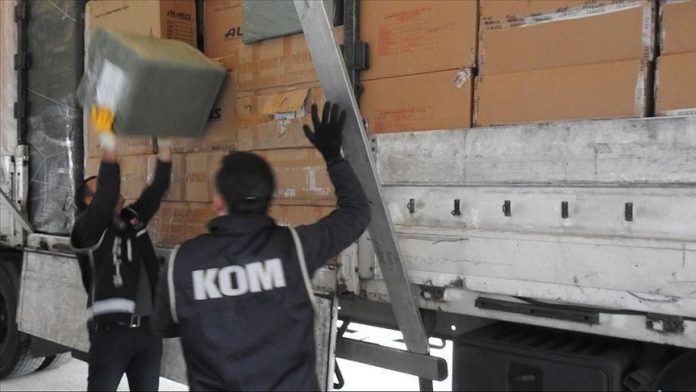 Turkish security forces on Tuesday seized 5.72 tons of contraband tobacco in the country’s northwest, according to security sources.

Provincial gendarmerie forces stopped a car in the Kocaeli province and found over 2 tons of hookah tobacco in the car, said the sources, who asked not to be named due to restrictions on speaking to the media.

The car’s driver and another person were arrested.

'International Women's Day has no meaning in Syria'