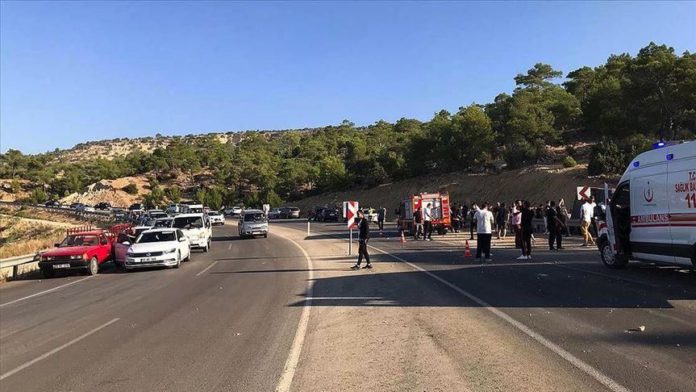 Four Turkish soldiers were martyred Monday when a bus carrying them flipped over in the southern Mersin province.

According to the provincial governorate, two bus drivers were also declared dead at the site.

Ten others were injured and rushed to the local hospital in Mut district.

“It was a civilian bus carrying the soldiers. The cause for the crash was probably brake failure, but the investigation continues,” Su said.

The soldiers were en route to the Mediterranean port of Tasucu, where they would then be dispatched southward to the Turkish Republic of Northern Cyprus (TRNC).

*Writing by Merve Aydogan and Davut Demircan in Ankara.