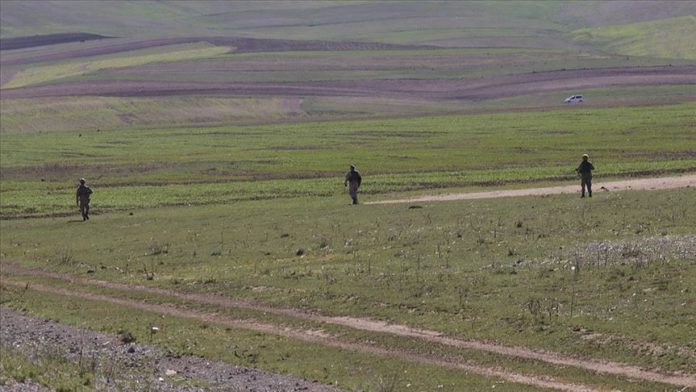 Turkish security units on Friday arrested at least 38 suspects over alleged links to Thursday’s deadly terror attack in the eastern province of Van.

Two social workers delivering aid amid the coronavirus outbreak were killed in a terror attack on Thursday.

The victims were in Ozalp in the Van province when gunmen opened fire with rifles, also wounding a bystander.

According to the provincial governor’s office, the vehicle carrying the assailants fled the scene.

In a statement, the National Defense Ministry slammed the YPG/PKK terror group for the “treacherous” attack.

In its more than 30-year terror campaign against Turkey, the PKK – listed as a terrorist organization by Turkey, the US and European Union – has been responsible for the deaths of 40,000 people, including women, children, and infants. The YPG is the PKK’s Syrian branch.