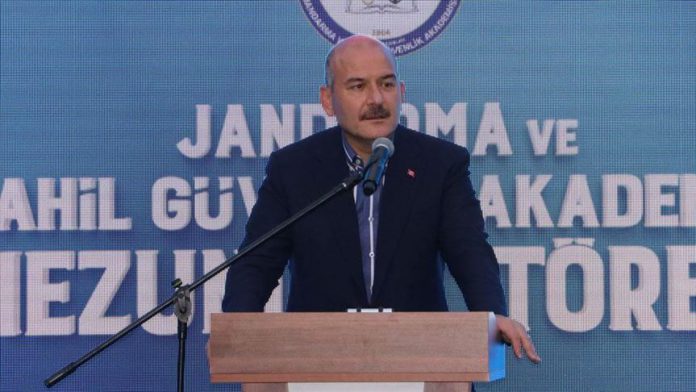 Turkey has neutralized 36 terrorists in anti-terror operations within its borders since mid-July, the country’s interior minister said on Friday.

Suleyman Soylu said 56 caves and other shelters being used by terrorists were destroyed in the multiple Yildirim operations underway in several different regions of Turkey.

He said 21 million cannabis roots have been seized during the operations.

We changed our strategy in the fight against terrorism, and have now reduced the number of terrorists in Turkey to around 400, the minister added.

The affiliation of the terrorists was not expressly given, but the PKK terror group has been active in the region.

Turkey has launched a series of security operations to neutralize terrorists believed to be sheltering in the country’s eastern and southeastern regions.

In its more than 30-year terror campaign against Turkey, the PKK – listed as a terrorist organization by Turkey, the US, and the European Union – has been responsible for the deaths of nearly 40,000 people, including women, children and infants.

“Our Coast Guard Command rescued a total of 4,592 people alive at sea last year. A total of 8,524 people have been rescued alive in the first eight months of this year,” he said.

Earlier this year, the country opened the way to asylum seekers looking to reach Europe, accusing the EU of failing to keep its promises under a 2016 migrant deal.

Turkey has repeatedly condemned Greece’s illegal practice of pushing back asylum seekers at sea, saying that it violates humanitarian values and international law by endangering the lives of vulnerable migrants, including women and children.