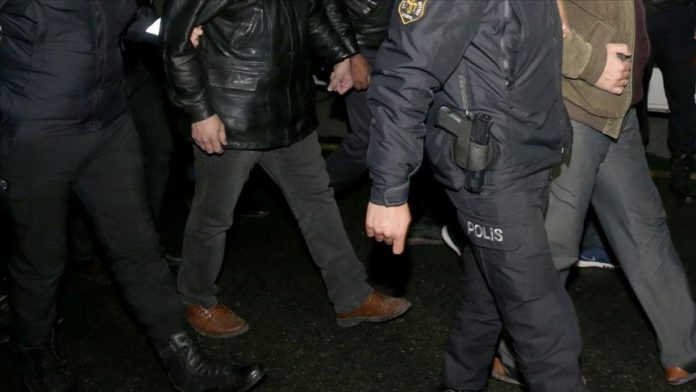 At least 36 suspects, including alleged ringleaders of criminal groups involved in selling bootleg liquor, were rounded up in simultaneous operations in different parts of Turkey, security sources said on Friday.

Turkish law enforcement officers raided 31 locations in the capital Ankara, southeast Diyarbakir, western Bursa, and central Kayseri provinces and arrested at least 27 of the suspects, according to these sources.

In response to a tip-off on rising sales as the New Year festivities approach, anti-smuggling teams in Ankara launched an operation, said the security source on the condition of anonymity.

In separate operations, at least seven suspects were arrested in the western Izmir province and two in the district of Luleburgaz in the northwestern Kirklareli province on the same charges, these sources said.

In the operation in Luleburgaz, 550 liters of bootleg alcohol were also seized. At least two suspects were arrested in the operation.

In another two operations in Izmir, police teams seized 27,350 liters of ethyl alcohol in the raids on warehouses of seven suspects, arresting them.

Operations are underway to arrest the remaining suspects.