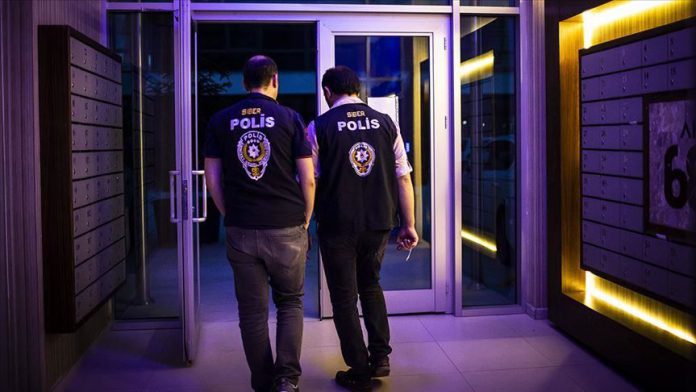 Turkish police on Friday arrested 36 people for their alleged links to the Fetullah Terrorist Organization (FETO), the group behind the 2016 defeated coup attempt.

Prosecutors in the Aegean province of Izmir issued arrest warrants for 28 suspects on charges of FETO terror group membership, according to a statement from the prosecutor’s office.

Twenty-one of the suspects were arrested in simultaneous operations carried out across nine provinces — Izmir, Mardin, Antalya, Manisa, Mugla, Kutahya, Artvin, Konya, and the capital Ankara.