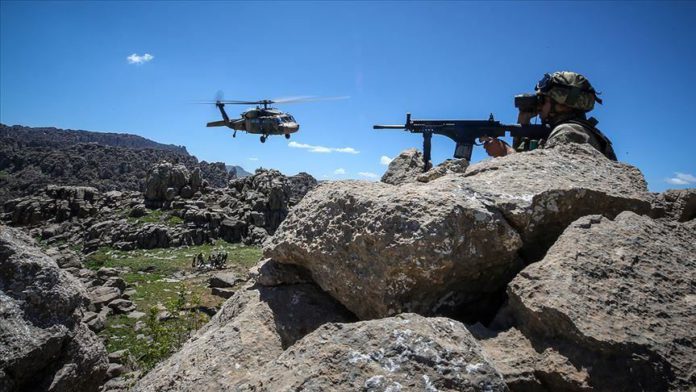 Firat Gore, codenamed Welat Malazgirt, Tahsin Genez, codenamed Azat, and Ilyas Duran, codenamed Kendal, were on the Interior Ministry’s wanted terrorist list, and had been sought with a bounty of 500,000 Turkish liras ($72,960) apiece, the ministry said in a statement.

The terrorists were neutralized on Monday by gendarmerie forces in Gurpinar district in the eastern Van province as part of the country’s domestic security operations, said the ministry.

In its more than 30-year terror campaign against Turkey, the PKK – listed as a terrorist organization by Turkey, the US and the EU – has been responsible for the deaths of nearly 40,000 people, including many women, children, and infants.

US special envoy for Syria arrives in Turkey for talks