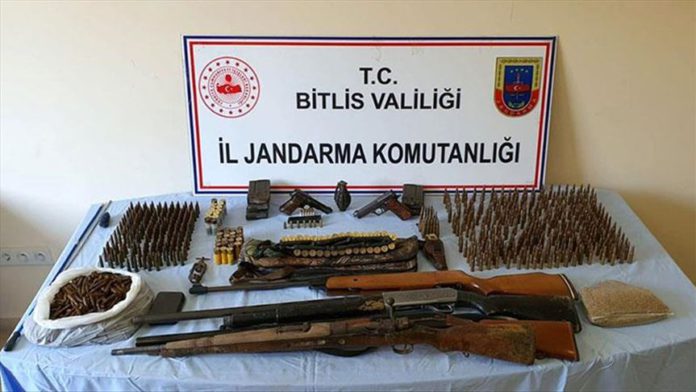 Security forces arrested three suspects and seized a large number of weapons and ammunition in an operation in eastern Turkey on Saturday.

Anti-terror and narcotics teams carried out an operation in the eastern Bitlis province, according to the provincial governorate.

The arrested suspects’ affiliation was not mentioned, but the terror group PKK has been active in the region.