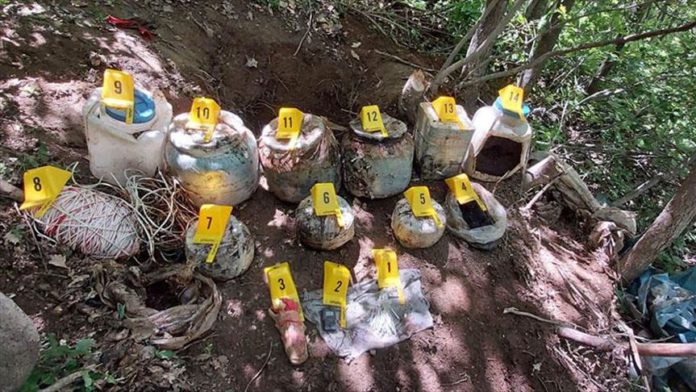 Security forces have seized 290 kilograms (639 pounds) of improvised explosive devices, technical materials, and other explosive goods belonging to the PKK terror group in southeastern Turkey, according to the governor’s office.

The statement said that in two different operations on Sunday and Monday the provincial gendarmerie command in Bitlis and Tatvan found the explosives buried in the ground.

The statement said security forces will resolutely continue the fight against terrorism with the support of the people of the region.