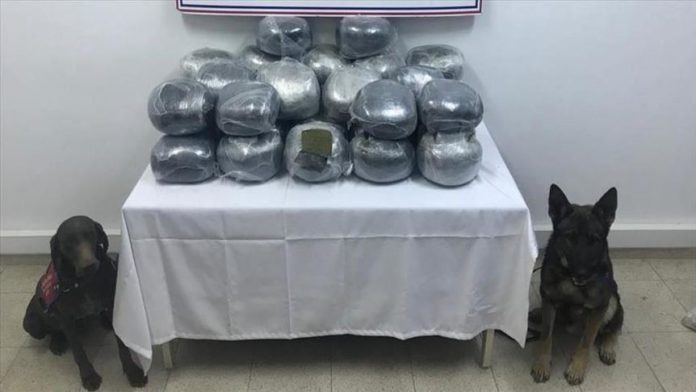 Turkish security forces arrested 22 suspects in anti-drug operations in the southeastern Gaziantep province on Friday, according to security sources.

The local police said in a statement that the suspects were arrested in simultaneous operations conducted at various addresses as part of combat against drug trafficking.

Police also seized the money found at suspects’ addresses, which were believed to be gained through drug dealing.

Police seize over 113 kg of heroin in eastern Turkey