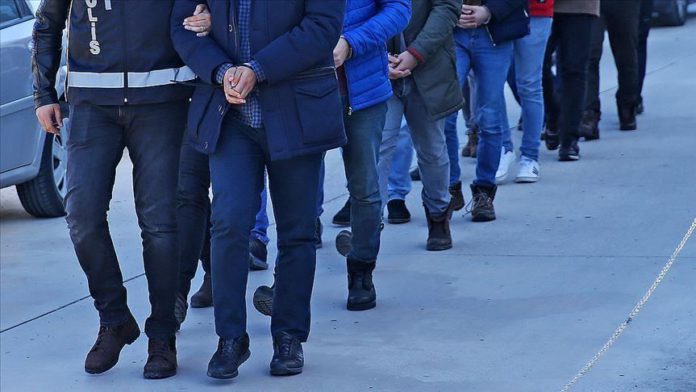 Turkish authorities arrested 21 people on Wednesday over their suspected links to the Fetullah Terrorist Organization (FETO), the group behind the 2016 defeated coup in Turkey, security sources said.

Istanbul Police Department’s teams for Anti-Smuggling and Organized Crimes conducted simultaneous operations across seven Turkish provinces and arrested 19 suspects, said a source, who asked not to be named due to restrictions on speaking to the media.

The suspects are accused of using ByLock, the terror group’s encrypted smartphone messaging app, and being “covert imams” – the senior FETO members – plotting infiltration of the Turkish armed forces, it added.

Separately, two people, including a former judge, suspected of links to FETO were nabbed in northwestern Edirne province when they were trying to escape to Greece illegally, another source said.

French region cancels its subsidy to art festival over mural of...