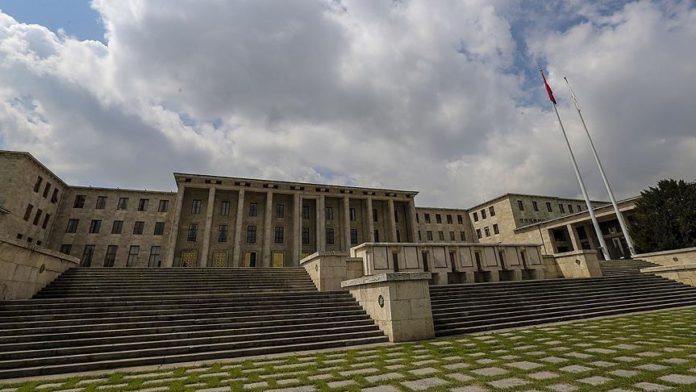 Turkey’s parliament approved a motion early Thursday announcing 2021 as the year of the Turkish national anthem.

Mustafa Sentop, the speaker of the Turkish Grand National Assembly, was the first to sign the motion, followed by the ruling Justice and Development (AK) Party, the Nationalist Movement Party (MHP), the main opposition Republican People’s Party (CHP), the Peoples’ Democratic Party (HDP) and the Good (IYI) Party.

In 2021, all public institutions will hold events explaining the meaning of the Istiklal Marsi, or Independence March, and the importance of the War of Independence, as well as commemorating the national anthem’s writer, Mehmet Akif Ersoy.

The Turkish national anthem was written in 1921 during the War of Independence as Turkey battled occupation by foreign forces after World War I.

It was penned in order to encourage the fighting army and to motivate the struggling nation. It was also the official anthem of the Republic of Turkey, founded two years later in 1923.

The anthem, consisting of 41 lines and 12 quatrains, centered around timeless themes such as independence, war, civilization, faith, spirituality, courage, heroism and hope.