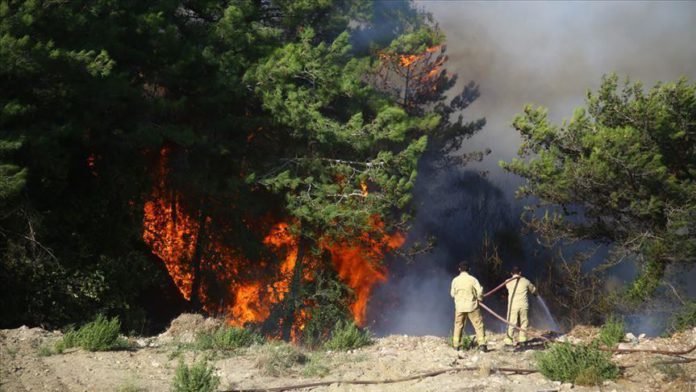 A court in southern Turkey on Tuesday ordered that two suspects in custody over a spate of recent forest fires be remanded in custody, judicial sources said Tuesday.

Prosecutors in Iskenderun, Hatay earlier ordered the arrest of suspects identified by their initials E.K. and H.D., said the sources, who asked not to be named due to restrictions on speaking to the media.

Fires began in several parts of Belen, Hatay last Friday, and authorities believe there is a possibility of sabotage or arson. The flames spread to other districts, including the port district Iskenderun and resort town of Arsuz.

There are rumors that the arsonists belonged to the terrorist PKK, with Interior Minister saying the terror group “has clear instructions to burn forests.”

In its more than 30-year terror campaign against Turkey, the PKK – listed as a terrorist organization by Turkey, the US and the EU – has been responsible for the deaths of 40,000 people, including women, children, and infants.