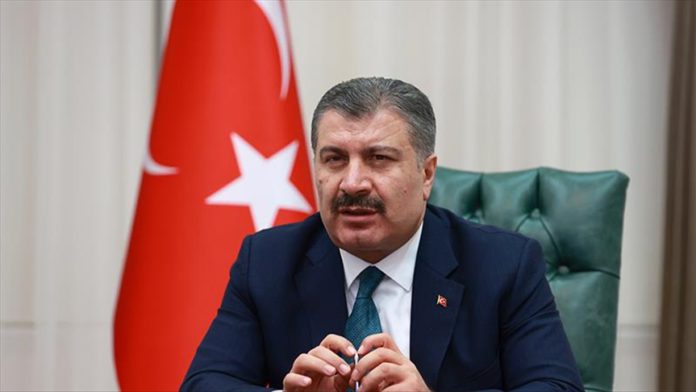 Two Turkish citizens have contracted the South African variant of the coronavirus while one has contracted the Brazilian variant, the country’s health minister said Wednesday.

Moreover, 196 cases of the UK virus strain have been detected in the country, Fahrettin Koca said.

The patients have been isolated, he added.

In the wake of rising cases once again, the measures against the pandemic will continue full throttle, he said.

The vaccination of citizens over 65 and the second group will commence after safety tests are completed, Koca said.

So far, 2.4 million people in the country have been vaccinated with vaccination for those aged above 75 underway, he added.

He underlined some of these variants spread fast, calling on citizens to adopt precautionary measures and avoid large gatherings.

He went on to say face-to-face classes at schools in rural areas will start as of Feb. 15. Classes for grades 8 and 12 are expected to start in March depending on the course of the pandemic.

Turkey on Wednesday registered 8,102 new coronavirus cases, including 632 symptomatic patients, according to data released by the Health Ministry.

The country’s case count topped 2.5 million, while nationwide fatalities reached 26,354 after 117 deaths over the past day.

The pandemic has so far claimed more than 2.25 million lives in 192 countries and regions since it emerged in December 2019, according to the US’ Johns Hopkins University.

More than 104 million cases and over 57.8 million recoveries have been reported worldwide.