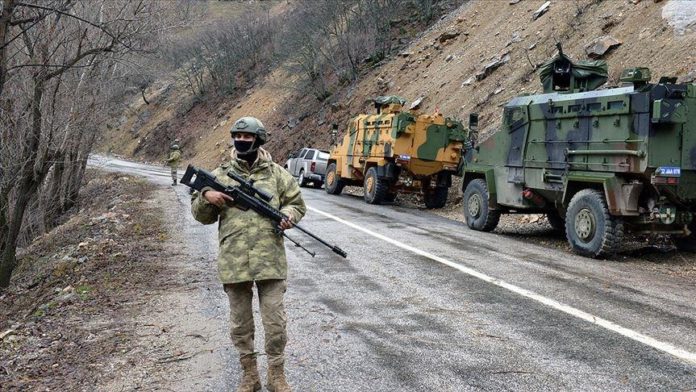 Two more PKK terrorists surrendered in Turkey as a result of persuasion efforts by security forces, the country’s Interior Ministry said on Saturday.

The terrorists left the terror group and turned themselves in thanks to the efforts of gendarmerie teams and police, the ministry said in a statement.

They had joined the terror group in 2014 and 2015 and were active in Iraq and Syria.

With the latest addition, the number of terrorists who have laid down their arms through persuasion efforts this year rose to 31.