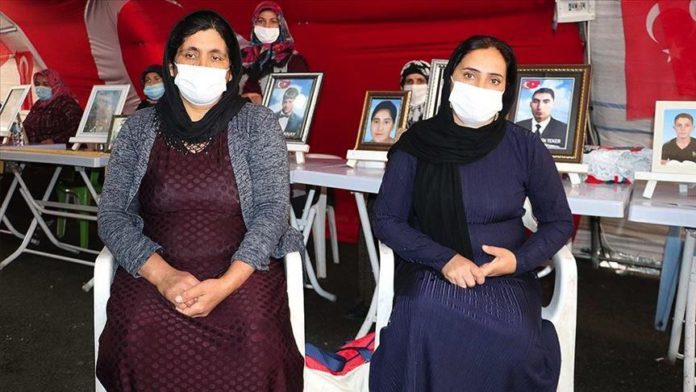 The protest began on Sept. 3, 2019 in the city of Diyarbakir, when three mothers said their children had been forcibly recruited by YPG/PKK terrorists. The sit-in outside the office of the Peoples’ Democratic Party (HDP) – which the government accuses of having links to the terrorist YPG/PKK – has been growing every day.

Kubar Otken, new participant of the protest, said his son Necmettin was taken to mountains by the PKK in 2015 when he was 18 years old and she did not hear from her child since then.

“I want my son back from the HDP, they took away my child,” Otken said, adding she is hopeful since children of some of the protesters surrendered to security forces after the sit-in was launched.

Cigdem Firat, another newly joined mother protestor, said her daughter Melek was abducted by the terror group when she was just 12 years old and that she does not know anything about her daughter’s fate.

“I await news from my child. I have been in this pain for the past five years. I want her back,” Firat added.

In its more than 30-year terror campaign against Turkey, the PKK – listed as a terrorist organization by Turkey, the US and EU – has been responsible for the deaths of some 40,000 people, including women, children, and infants.