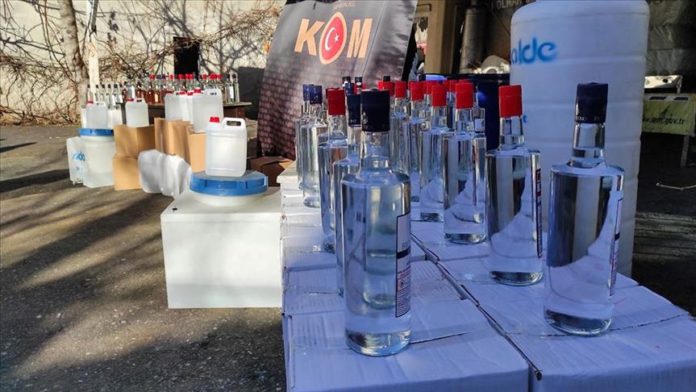 Nearly 2.5 tons of bootleg alcohol were seized and eight suspects were arrested throughout the Turkish metropolis Istanbul over the last week, in the runup to New Year’s Eve, Turkish security sources said Wednesday.

Security forces in Istanbul carried out raids on businesses and stores that make bootleg alcohol to prevent poisoning and deaths, said the sources, who asked not to be named due to restrictions on speaking to the media.

In the course of inspecting at least 788 venues, the teams made the seizures and the arrests.

Legal procedures are ongoing for the arrested suspects.