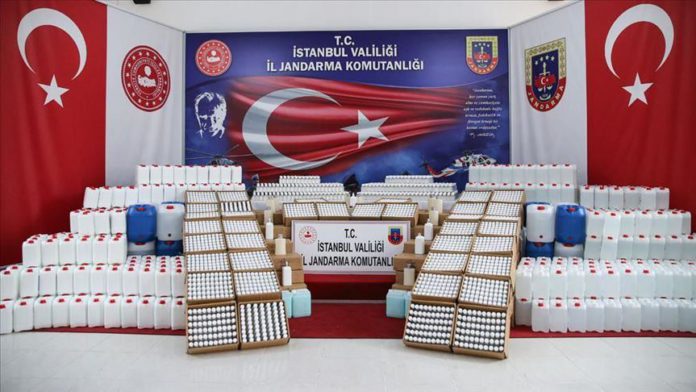 Turkish forces seized 18 tons of bootleg ethyl alcohol on Monday in an operation in Istanbul.

Local gendarmerie teams launched the operation after receiving a tip on a possible attempt to sell the ethyl alcohol to manufacturers of counterfeit alcoholic beverages and hand sanitizer.

Eighteen tons of ethyl alcohol were seized, three suspects were arrested at the scene.

The market value of the seized bootleg ethyl alcohol was reported to be 1.9 million Turkish liras (278,000 USD).