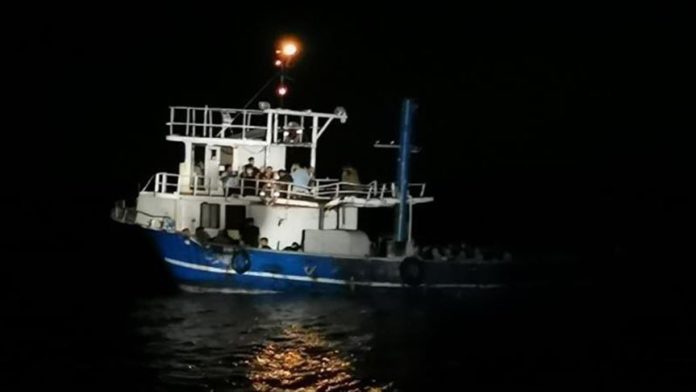 Turkish security forces Monday held 165 asylum seekers trying to cross to Europe off the Mediterranean coast of Antalya, according to a security source.

People in Kumluca district reported that asylum seekers were on a tour boat, named Summer Love A, according to a security source, who asked not to be named due to restrictions on speaking to the media.

Coast guard and gendarmerie teams were referred to the area and they detained Afghan and Somalian nationals on the boat, the source added.

The captain and the trafficker could not be found during the search of the boat.

The asylum seekers will be transferred to the provincial migration office after procedures at the Gendarmerie Station Command in the province.