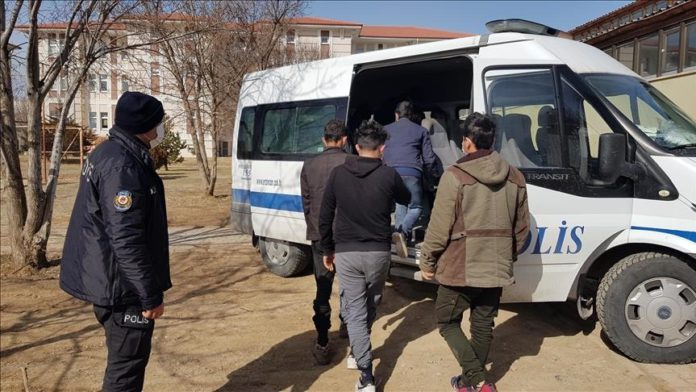 At least 16 Syrian asylum seekers, including children, were held in northwestern Turkey, near the Bulgarian border, security sources said on Tuesday.

Acting on a tip-off, gendarmerie forces started an operation in Kirklareli province to hold three groups of asylum seekers in Sivriler village, who were preparing to illegally cross the border by car.

They asked the asylum seekers to stop, but to no avail. Two vehicles with drivers identified as M.C. and H.A. – both Syrian nationals – were then caught after a chase. Those in the third vehicle managed to flee.

A security personnel was injured during the chase, and treated at the Demirkoy State Hospital.

While the asylum seekers and the drivers were held, a weapon was also seized after the search.

It hosts nearly 4 million refugees, including more than 3.6 million Syrians, the most in any country in the world.

US urges UN reform ahead of assuming council presidency