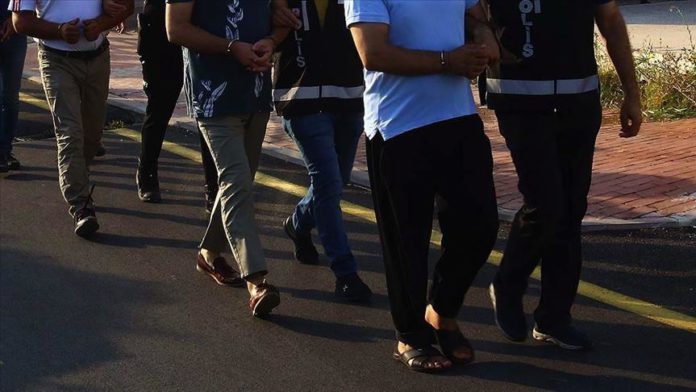 Turkish security forces on Thursday held 14 suspects over ties to the Fetullah Terrorist Organization (FETO), the group behind the 2016 defeated coup, a security source said.

They were rounded up after prosecutors in Ankara issued arrest warrants for 20 people, including four serving officers, as part of an investigation into the terror group’s secret structure in the Gendarmerie General Command, the source said, asking not to be identified due to restrictions on speaking to the media.

Security forces continue with simultaneous operations across 12 provinces to arrest the remaining suspects.