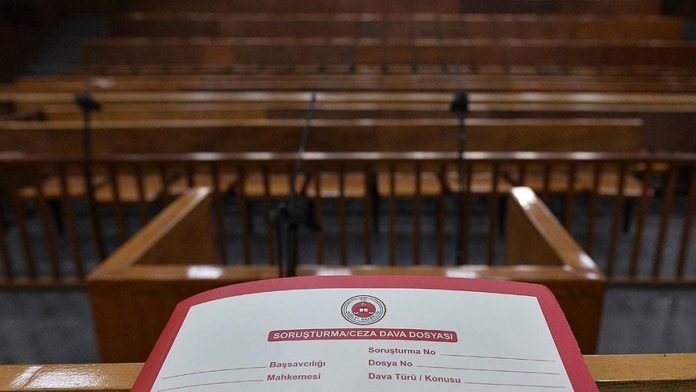 A Turkish court on Wednesday announced its verdict on 132 members of the Fetullah Terrorist Organization (FETO), the group behind a defeated coup in the country in 2016, over their activities in the Turkish army command during the putsch.

A heavy penal court in the capital Ankara handed aggravated life sentences to 12 army personnel — Brig. Gen. Adem Boduroglu; colonels Mutlu Serkan Vurdem, Hasan Yilmaz, and Esref Mert; as well as Mehmet Ortac, Hamza Akkay, Halil Ekiztas, Ibrahim Baspinar, Ahmet Fazil Isik, Oguzhan Celikoglu, Bayram Ustundag, and Zulkuf Orak — for attempting to violate the constitutional order, according to a judiciary source who asked not to be named due to restrictions on speaking to the media.

Vurdem was also given 54 years in prison for depriving various victims and complainants of their liberty, including then-Presidential Secretary-General Fahri Kasirga.

Eighty others were also sentenced to life in prison for attempting to violate the constitutional order, while 22 were handed prison sentences ranging from 12 years and six months to 19 years for being aiding this crime.

Two were given six years and three months in prison each for being a member of an armed terror group and one was sentenced to seven years and six months over the same charge, the source added.

Erhan Caha, who had already been given 141 aggravated life sentences in another trial concerning FETO, was given additional 34 years in prison for attempting to kill two people and 69 years for deprivation of liberty.

Gokhan Akdag and Fikret Yagmur Yavuz, who were also both sentenced in earlier FETO trials, were given prison sentences over the same charge as Caha’s. Yavuz received 22 years and six months, while Akdag got five years.

The court acquitted nine people from all charges, while the cases of three people were separated.