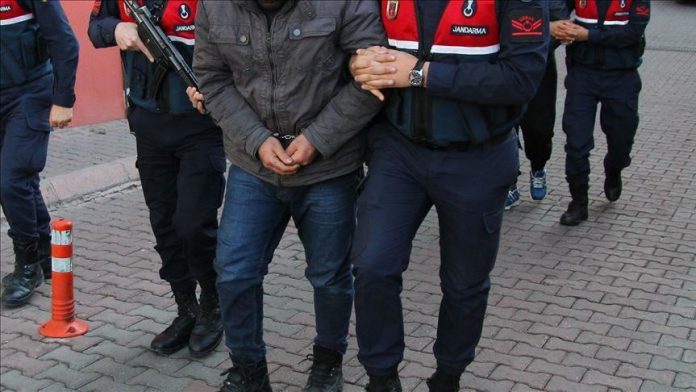 Turkish police on Tuesday arrested 12 PKK and DHKP-C terror suspects during a counter-terrorism operation in the western Izmir province.

The suspects were accused of spreading terrorist propaganda on social media platforms, said the source, who asked not to be named due to restrictions on speaking to the media.

Police seized a large amount of digital material and documents relating to the terrorist group in a search at the suspects’ residences during the operations.

In its more than 30-year terror campaign against Turkey, the PKK — listed as a terrorist organization by Turkey, the U.S. and EU —