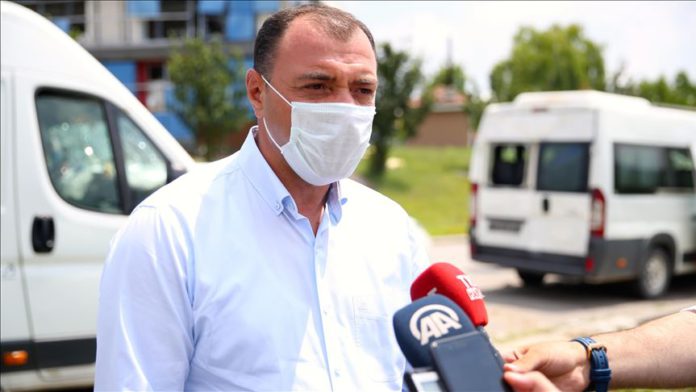 A total of 114 patients have been discharged from hospital after receiving treatment for injuries from blasts in a fireworks factory in northwestern Turkey, said a local official on Sunday.

Speaking to reporters following inspections at the site of the blast, Sakarya Governor Cetin Oktay Kaldirim said eight people are being treated in hospital, including one seriously wounded.

Friday’s explosions killed four people, and two of them have been laid to rest on Saturday, Kaldirim said.

“The two other people killed in the incident were identified, and our prosecutor’s office is working to deliver them to their families.”

He underscored that the search and rescue efforts are continuing for three missing people.

The incident is being seriously investigated by the concerned departments, institutions and judicial authorities of government.

The governor said that so far, 1,097 personnel from the Disaster and Emergency Management Authority (AFAD), National Medical Rescue Team (UMKE), as well as teams of search and rescue, health care, fire brigades, gendarmerie criminal department, and other related units have worked at the scene with 190 vehicles, and currently four search, rescue and cadaver dogs are involved in works in the field.

The judicial process is also continuing, he added.

Kaldirim went on to say that there are settlements in the immediate vicinity, especially in 2-3 kilometers (around 1.8 miles) around the factory, adding that he visited several neighborhoods where damages have occurred, and said that the damage assessment works continue.

On Saturday, the factory manager in charge and two foremen were detained after provincial prosecutors issued arrest warrants for them.

July 7, 2020
We use cookies to ensure that we give you the best experience on our website. If you continue to use this site we will assume that you are happy with it.Ok