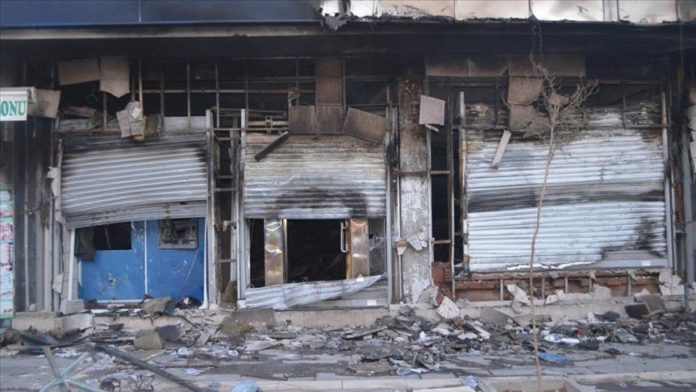 Turkish prosecutors on Wednesday prepared an indictment against 108 suspects including former co-chairs of the opposition Peoples’ Democratic Party (HDP) as part of a probe into deadly terror attacks in 2014.

In a statement, the Chief Public Prosecutor’s Office in the capital Ankara said it concluded an indictment against the suspects, 27 of whom are in custody, while six have been released on bail and 75 others actively sought by authorities.

Currently imprisoned on terror-related charges, former HDP co-leaders Figen Yuksekdag and Salahattin Demirtas are also among the suspects on trial.

According to the indictment, all suspects were charged for various crimes, including “violating the unity and integrity of the state,” as well as 37 counts of murder and 31 counts of attempted murder.

In September this year, Turkish security forces arrested more than a dozen suspects out of 82 arrest warrants issued over alleged links to the terror incidents in which 37 people were killed and many others wounded, including security personnel.

The Peoples’ Democratic Party (HDP) – a party Turkey has said is linked to the terrorist PKK – also made a statement calling on people to take to the streets in protest.

The call to protest led to violent events in 35 provinces and 96 districts, causing the deaths of 37 citizens – including civilians distributing humanitarian aid during a Muslim holiday – and injuries to 761 people, including 326 law enforcement officers.

The violence triggered material losses totaling billions of Turkish liras (millions of dollars) as nearly 200 schools were burned down, 268 public buildings were destroyed, and 1,731 houses and workplaces were looted or damaged.

In the face of the violence, the Turkish state took immediate action to reestablish public order.

The ECHR ruled that the arrest of Demirtas in 2017 for terror charges violated his freedom of expression and right to participate in elections.

He was being deprived of the rights to liberty, security and freedom of choice, the ruling said.