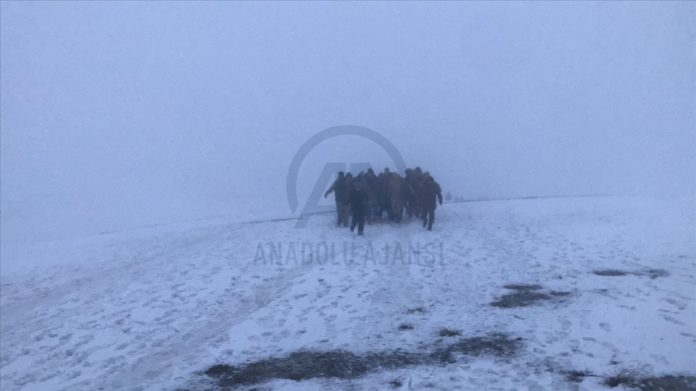 At least 10 Turkish soldiers, including a senior officer, were martyred and three others injured as a military helicopter crashed in eastern Turkey on Thursday, the National Defense Ministry said.

“The number of our martyrs has increased to 10. We wish God’s mercy upon our heroic martyrs,” the ministry said on Twitter.

In an earlier statement, the ministry said nine soldiers lost their lives and four soldiers were injured in the crash in Bitlis province.

Later, one of the soldiers succumbed to his wounds.

The contact with the Cougar-type military helicopter, which took off from the eastern Bingol province for the Tatvan district of Bitlis at 1.55 p.m. local time [1055GMT], was cut off at 2.25 p.m. [1125GMT].

“The efforts are underway for the transfer of our injured personnel to the hospital,” the ministry said.

Bahceli extended his condolences to martyrs’ families, Turkish nation and the Turkish Armed Forces over the deadly crash.

Condolences pour in after crash

The president was informed by National Defense Minister Hulusi Akar following the crash.

“The pain of our heroic soldiers who were martyred tore our hearts out. I wish mercy from Allah to our martyrs and quick recovery to our wounded,” Oktay said. 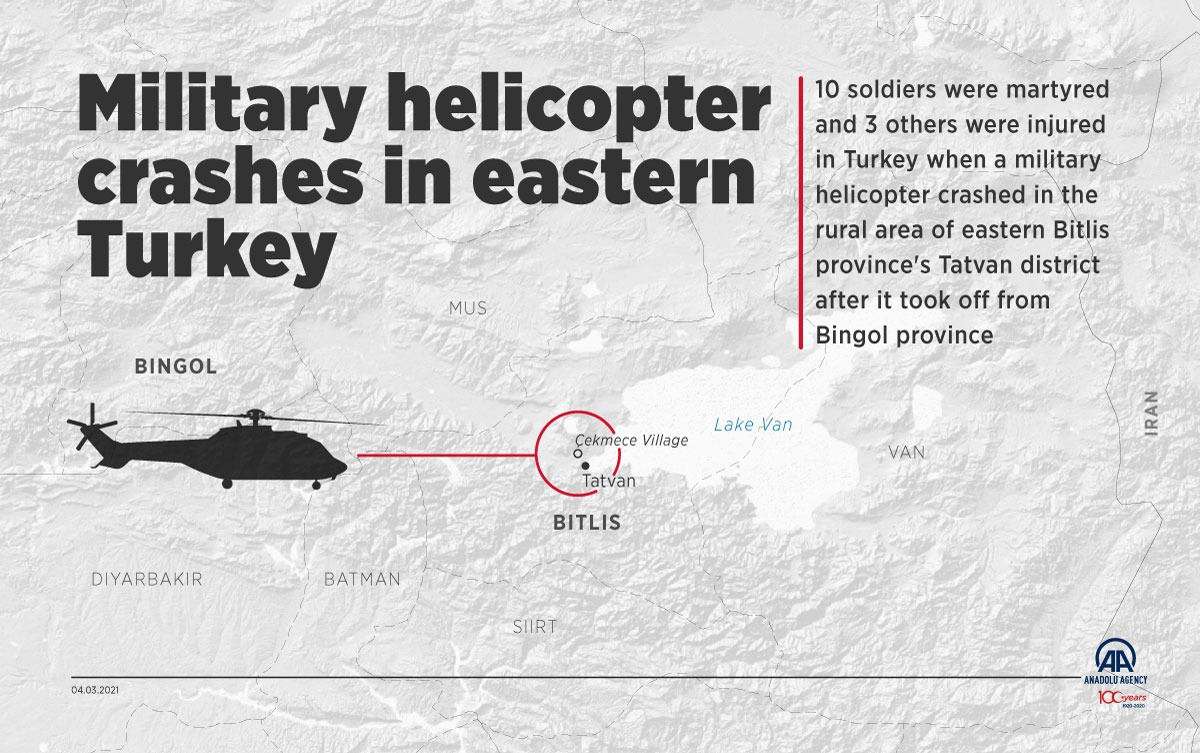 Also writing on Twitter, presidential spokesman Ibrahim Kalin said: “I wish Allah’s mercy upon our nine soldiers who were martyred, and patience to their families in sorrow.”

“I wish a quick recovery to our four wounded soldiers. Our pain is huge,” he said.

Communications Director Fahrettin Altun also conveyed his condolences and wished mercy from Allah to martyrs and quick recovery to the injured.

The country’s main opposition Republican People’s Party (CHP) leader Kemal Kilicdaroglu said: “I wish mercy from Allah to our soldiers who were martyred as a result of the crash of the military helicopter, my condolences and patience to their families and relatives, and quick recovery to our injured soldiers.”

UK army to focus on unmanned units in defense shakeup