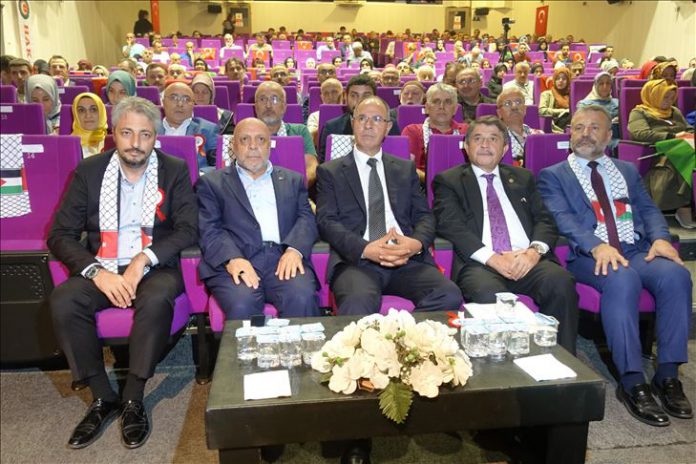 A Palestinian group Friday chose the chairman of the Turkey-Palestine Friendship Group in the Turkish Parliament as its Person of the Year, Who Supported the Palestine Cause.

The Lady of the Earth Foundation gave the 2019 award to Huseyin Tanriverdi during an award ceremony in the West Bank city of Ramallah.

Tanriverdi is the first Turk to receive the award, which has been given since 2008.

“We’ve not protected the Palestine cause and al-Aqsa in order to receive an award,” Tanriverdi told Anadolu Agency after the ceremony. “We’ve protected Palestine both in Turkey and the international arena as