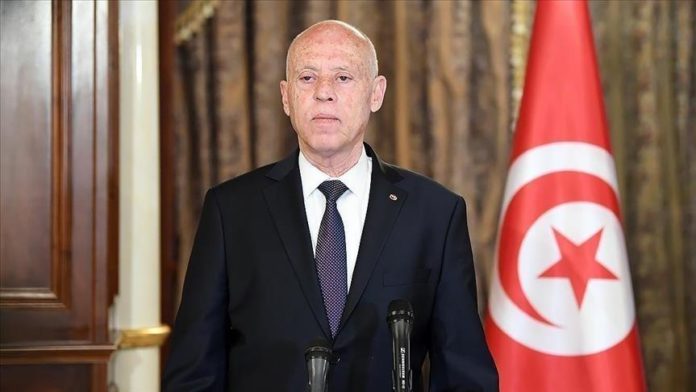 Tunisian President Kais Saied said Monday that a draft decree to dissolve the Supreme Judicial Council is ready, stressing the necessity to take such a move.

Saied said while receiving his Prime Minister Najla Bouden that resorting to the council’s dissolution became necessary and that he will review the dissolution proposal to make some amendments if needed.

He also said the move to dissolve the council is to eliminate corruption within the judiciary and to punish criminals whom he said are protected by the judiciary.

The council is an independent constitutional body whose tasks include ensuring the independence of the judiciary, holding judges accountable, and granting them professional promotions.

On Sunday, the council issued a statement announcing its rejection of Saied’s decision, saying the move was illegal and unconstitutional.

Tension has marred Saied’s relations with the council, with the Tunisian leader criticizing the judiciary over delays in issuing rulings in cases of corruption and terrorism.