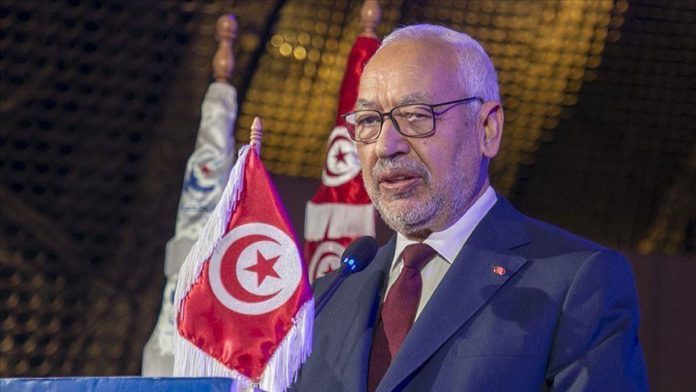 Tunisia’s parliament speaker was re-hospitalized Sunday after his health deteriorated due to the effects of his recent coronavirus infection, just a day after he was discharged.

Rached Ghannouchi, who is also the leader of the Ennahda Movement, was taken to a military hospital in Tunis, Wassim Khadraoui, the press secretary to the speaker of the parliament, told Anadolu Agency.

Khadraoui said Ghannouchi experienced some health problems due to the after-effects of COVID-19, according to doctors.

However, “Ghannouchi’s condition has now stabilized and the doctors confirmed that he can be discharged tonight,” he added.

The parliament speaker had left the hospital on Saturday after medical checks and treatment.

In a statement on Facebook, his adviser Maher Medhioub refuted claims that Ghannouchi intended to receive treatment abroad and assured that he does not intend to leave the country.

Ghannouchi tested positive for COVID-19 on July 13, according to a statement he made on Twitter.

He completed his week-long treatment and his condition had reportedly been fine, according to his political adviser Riyad al-Suaybi.