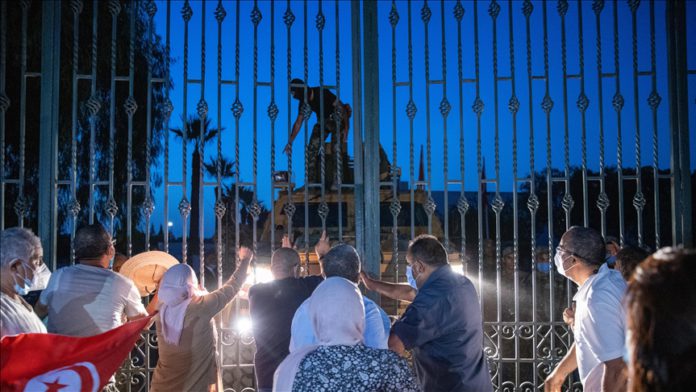 An investigation has been launched into charges against the Ennahda and Heart of Tunisia parties of “receiving foreign funding” during the 2019 campaign for parliamentary elections, a Tunisian spokesman said on Wednesday.

Mohsen al-Dali, a spokesman for the Court of First Instance in Tunis, told Anadolu Agency that an investigative judge opened an investigation on July 14 into charges of “receiving foreign funding”.

He stated that the investigation include Ennahda Party, which holds 53 seats in the 217-member parliament, Heart of Tunisia Party (28 seats), and the Aish Tounsi association, which has one seat.

“The penalties in such cases are according to the judges’ jurisprudence, and may amount to a travel ban, arrest, and freezing of funds,” the spokesman said.

Ennahda leader and Parliament Speaker Rached Ghannouchi decried Saied’s move as nothing but a “full-fledged coup” against the Tunisian constitution, revolution and freedoms in the country.

Engineers in US still grappling with F-35 flaws: report

Do all to curb virus impact in Rohingya camps: UN