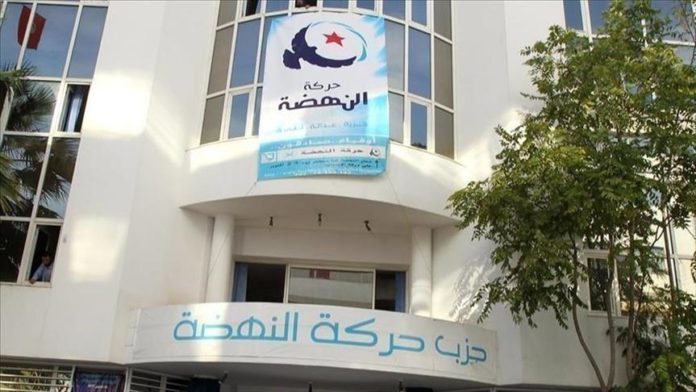 Belaid will be coordinating between two other advisory panels tasked with making proposals for drafting the country’s new constitution. The two panels consist of deans of law and six national organizations, including the powerful UGTT Labor Union.

According to the decree, the two panels will prepare a constitution “that responds to the aspirations of the people and guarantees the principles of justice and freedom in a true democratic system.”

In a statement, Ennahda termed Saied’s move as “a complete departure from constitutional legitimacy and a consecration of the July 25 coup and one-man rule.”

In January, Saied launched an online survey with the aim of “enhancing citizens’ participation in the democratic transition process”. He also plans to hold a referendum in July on the shape of the political system in the country.

Ennahda said a referendum planned by the Tunisian president “lacks legitimacy and credibility,” citing the dissolution of the country’s election commission and naming new members by Saied.

Ennahda called on Tunisia’s political parties “to unify efforts to restore democracy and save the country from the dangers of economic collapse.”

Tunisia has been in the throes of a deep political crisis since July 25, 2021, when Saied dismissed the government, suspended parliament, and assumed executive authority, in a move decried by opponents as a “coup.” He later dissolved the parliament in March after lawmakers held a session to revoke his measures.

The North African country is also going through a severe economic crisis aggravated by the coronavirus pandemic amid the ongoing Russian war on Ukraine.

At least 14 killed in armed attacks in Nigeria

Eritrean president on visit to Ethiopia