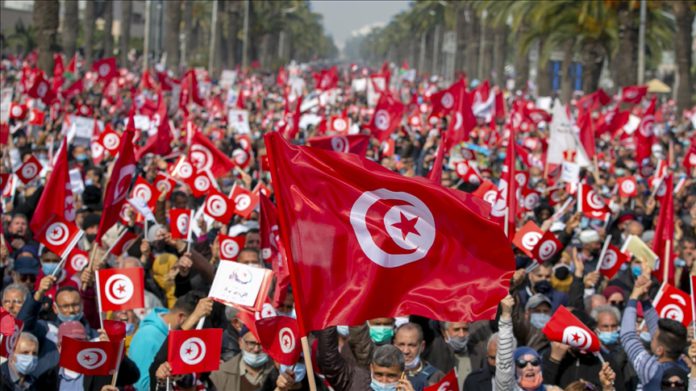 Tunisia’s Ennahda movement called Monday for the formation of a “political government” capable of addressing the current crisis facing the country.

We call for “the formation of a strong political government in the next stage, capable of confronting current issues and assuming responsibility before the people,” Ennahda, which has 53 out of 217 deputies in the Tunisian parliament, said in a statement a day after its 50th Shura Council session which took place over the weekend.

The party urged stakeholders to discuss “controversial issues without animosity and tension and within the framework of respect for national symbols, state institutions, and the requirements of coexistence.”

It also highlighted the importance of finalizing the Constitutional Court as “a basic entry point for resolving political and legal problems.”

Tunisia has been gripped by a deep crisis since Jan. 16, when Prime Minister Hichem Mechichi announced a cabinet reshuffle but President Kais Saied refused to hold a ceremony to swear in the new ministers.

The country has seen protests in several regions amid a major economic downturn exacerbated by the coronavirus pandemic.