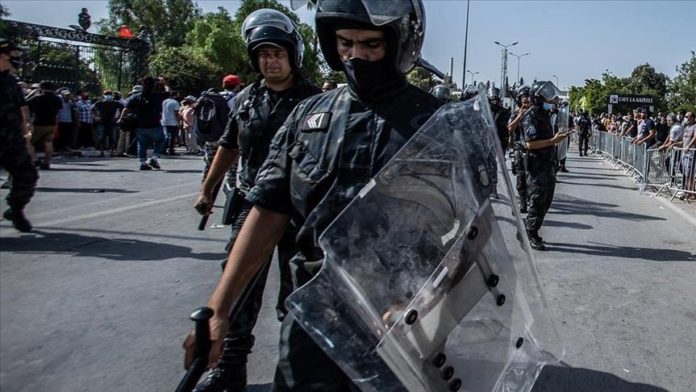 Tunisian security forces stormed Monday the office of Qatari news channel Al-Jazeera in the capital Tunis and asked correspondents inside to leave the channel’s headquarters.

Al-Jazeera correspondent in Tunisia Reda Tammam told Anadolu Agency that “a number of (unspecified) security personnel stormed the channel’s office this morning, and asked our crews to leave the place.”

Tammam confirmed that the channel’s office was “evacuated” of employees, without giving any reasons for the move, or any other details.

Tunisian authorities have yet to comment on the incident.

On Sunday, Tunisian President Kais Saied ousted the government of Prime Minister Hichem Mechichi, froze parliament, and assumed the executive authority with the assistance of a new prime minister.

According to an Anadolu Agency correspondent, the Tunisian army and security forces erected barriers in the streets leading to the parliament headquarters in the capital Tunis to separate supporters and opponents of the Tunisian president.

Clashes erupted between opponents and supporters amid a state of hit-and-run and stone-throwing in the vicinity of the parliament headquarters. Injuries were reported in the violence.

Army forces repelled attempts of dozens of opponents to climb the gate of the parliament headquarters and enter the building.

Supporters of the Ennahda movement – which holds 53 seats in the 217-member parliament – denounced Saied’s decisions as a “coup” against legitimacy and the revolution.

On the other hand, supporters described Saied’s decisions as “corrective”, especially after politicians failed to address the successive crises in the country.

In his Sunday speech, Saied said he will suspend the immunity of all members of parliament and take control of the general prosecutor’s office. He claimed that he has taken the decisions after consulting Mechichi and Parliament Speaker Rached Ghannouchi.