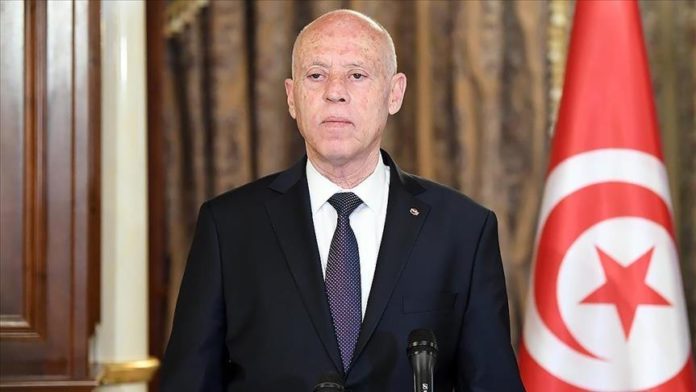 Tunisian President Kais Saied called on his countrymen not to heed calls for chaos, amid tension over his recent move to sack the prime minister and assume all executive powers.

Do not “fall behind those who advocate for chaos”, Saied was quoted as saying without giving names by the Tunisian Presidency during a meeting with representatives of the Supreme Judicial Council on Monday evening.

He expressed “his keenness to respect the constitution and its requirements, to impose the law on everyone, and to guarantee the independence of the judiciary at this delicate stage in Tunisia’s history.”

On Sunday, Saied dismissed the government of Prime Minister Hichem Mechichi, froze parliament, and assumed the executive authority with the assistance of a new prime minister.

The move was rejected by most of Tunisia’s parliamentary blocs, including Ennahda, Heart of Tunisia, The Dignity Coalition, and the People’s Movement.

Following Saied’s decisions, Parliament Speaker Rached Ghannouchi described Saied’s move as nothing but a “full-fledged coup” against the Tunisian constitution, revolution, and freedoms in the country.

Ghannouchi, who is also the leader of the Ennahda party, urged Tunisians to defend the revolution.

On Monday, soldiers deployed at parliament did not allow Ghannouchi and accompanying lawmakers to enter the building.