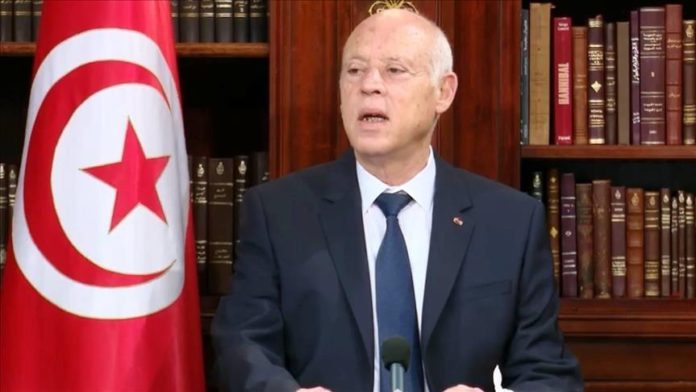 Tunisian President Kais Saied has underlined his respect for freedoms and legitimacy during a phone call with US Secretary of State Antony Blinken, according to the Tunisian Presidency on Tuesday.

On Sunday, Saied ousted the government, suspended parliament, and assumed the executive authority, in a move decried by opponents as a “coup”.

In a statement, the Presidency said Saied confirmed to Blinken that “all measures taken were in line with article 80 of the constitution to protect the constitutional institutions and the state and to achieve social peace.”

The statement quoted Blinken as saying that Washington will continue engagement to develop partnerships with Tunisia in all fields and to enhance the principles of human rights and democracy.

Earlier on Monday, Blinken said the US has been “closely monitoring” the situation in Tunisia, adding that the Biden administration has been in contact with Tunisian authorities to “stress that solutions to Tunisia’s political and economic troubles should be based on the Tunisian constitution and the principles of democracy, human rights, and freedom.”

“Tunisia must not squander its democratic gains. The United States will continue to stand on the side of Tunisia’s democracy,” he said.

Saied’s move was denounced by the majority of Tunisian parliamentary blocs and parties, which considered it as a violation of the constitution.

Tunisia has been gripped by a deep crisis since Jan. 16, when Prime Minister Hichem Mechichi announced a cabinet reshuffle but Saied refused to hold a ceremony to swear in the new ministers.

Tunisia is seen as the only country that succeeded in carrying out a democratic transition among Arab countries that also witnessed popular revolutions which toppled their ruling regimes, including Egypt, Libya, and Yemen.